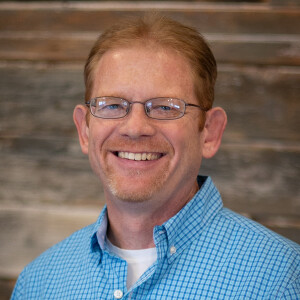 Jon’s faith journey began early when an after-breakfast conversation with his dad led him to accept Christ at the age of four.  The son of a pastor, Jon had no interest in following in his dad’s footsteps. However, a high school teacher challenged him in his faith journey, thus altering his planned direction of becoming an architect to enrolling in the pastoral ministry program at Clarks Summit University where he received his Bachelor of Science in Bible.  He then continued his studies at Baptist Bible Seminary, earning his Masters of Divinity in 1991.

Jon began CCC in 1992 and has remained for over 25 years.  As lead pastor, Jon is our primary weekend speaker.  He also oversees the CCC staff and provides direct leadership to our outreach and care ministries. Jon married his wife, Christine, in July 1988. They have two children, a daughter Alicia who is married to their son-in-law Mark and a son Daniel, who lives and works in North Carolina in the car industry. Outside of his role at CCC, Jon enjoys spending time with his family, reading almost anything, jogging, hiking, playing golf, biking, and traveling to new places. 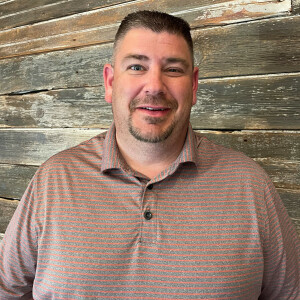 Jeremy grew up in a Christian home and his faith journey started as an adolescent when he accepted Jesus as his personal savior in 1985.  His faith became “real” in 1991 when he went on a month long missions trip to Santiago, Chile.  While on this trip the group performed a street drama that depicted the life of Christ.  God showed up in amazing ways during this trip.  Upon returning home from Chile, Jeremy knew that following Jesus was going to be an integral part of life.

Jeremy graduated from Messiah College (now Messiah University) in 1999 with a Bachelors degree in accounting.  He went on to earn a Masters of Taxation degree from Villanova University in 2005.  Jeremy was a practicing CPA for 22 years prior to joining CCC in July of 2021.  For the final 10 years of his CPA career, Jeremy was a partner in a regional firm located in Lititz, PA.

Just prior to leaving Messiah, in the spring of 1999, Jeremy met his future spouse, Cara, while attending an event connected with student council.  The two were married in December 2000.  They currently live in Denver, PA along with their 4 children – Micah, Maggie, Malachi and Moriah.  Outside of the office Jeremy enjoys watching/playing football, cheering for his beloved Denver Broncos, spending time with family and friends, various crazy adventures and playing golf. 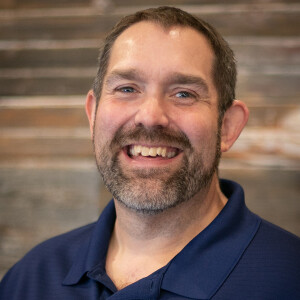 Roddy grew up in a Christian home and was exposed to the gospel many times. He wrestled with anxiety as a child whenever he considered his standing before God and what would happen after death. Roddy faced the reality that his view of spirituality was to manage external appearances and look spiritual, while not surrendering his heart and desires to Christ. During the funeral of a friend at the age of nineteen, this became a stark reality. Pink Floyd's "Wish You Were Here" was played and Roddy realized the emptiness of the lyrics and hopelessness they presented. God used Pink Floyd to bring him to the reality that he was "a lost soul" on his own, not following Christ. He surrendered his life that day. Roddy attended Clarks Summit University for his undergraduate degree and finished his masters in counseling in 2007. Later he received his licensure in professional counseling. Roddy has worked extensively in student development at the collegiate level for the past eighteen years.

He began his role as the Associate Pastor of Adult Ministries in July 2017. He works closely with small groups, First Impressions, and Next Steps ministries. Roddy married Amy in 1998. God blessed them with two children, Madelyn and Mark. Madelyn is an avid musician and loves the arts. She plays the piano, guitar, ukulele, loves to draw and drink coffee.  Mark is 100% boy and has found his love in Brazilian Jiu Jitsu, Rubik’s cubes, and anything outdoors.  Roddy and Amy love to host groups of people in their home and have found great joy in hospitality. They enjoy cooking together and waking up early to share a cup of coffee and talk about what God has done. 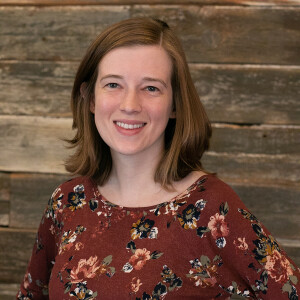 Alicia grew up attending CCC and at the age of six accepted Christ as her Savior. She attended Clarks Summit University and received a degree in secondary social studies education. For four years she taught elementary through high school students in the areas of social studies and computer. Alicia began serving in the Family Ministry at CCC in 7th grade as a small group leader. She continued to serve in a variety of areas in the Family Ministry, most recently as a small group coach in Studio 252. Alicia now oversees the children’s ministry (infant through 6th grade), leading these teams to develop their volunteers and increase their effectiveness as ministry teams.  Alicia married her husband, Mark, in 2018 and they enjoy spending time with family and friends as well as trying out new places to eat and being outside together. 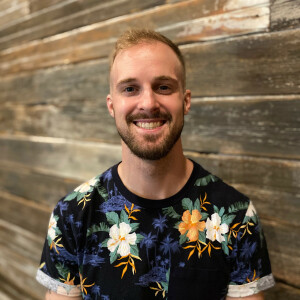 Matt grew up in a Christian home with his mother and father and his twin brother, but didn’t begin following the Lord until his high school years while on a mission trip in Costa Rica. It was there that, through the life of a police chief, that the Lord made Himself known and clear to Matt and he made the decision to follow Christ. It was on another mission trip in Miami, years later, that Matt got the call to ministry from the Lord and began that pursuit at Liberty University where he graduated in 2016 with a degree in Youth Ministry. He then decided to go back to Liberty after graduation for a Master of Divinity degree in Biblical Studies, which he completed in 2019. Matt has been involved with numerous churches in a variety of student ministry roles and has a desire to see the next generation follow Christ and to understand that they are apart of the church of today and have a role to play. Matt is very active and loves to be outdoors hunting and fishing, while also being a fan of everything sports related. Matt loves to read, anything fiction is his genre of choice, and if you ever need to find him, he is probably at a coffee shop or the gym. 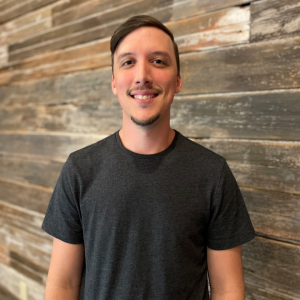 Scot gave his life to the Lord at 6 years old. His grandmother was his Sunday school teacher growing up and Scot had the opportunity to be introduced to the Lord by her. Scot’s family had always attended church, and despite also attending a Christian school, he hadn’t been serious about his walk with the Lord during his younger years. His faith became his own at 16 while attending a youth conference, where he made the decision to follow after Jesus in every aspect of his life.  He then joined his church’s worship team, teaching himself to play bass guitar and later acoustic and electric guitars, drums and piano. He was in various Christian rock bands throughout his teens and 20’s and started leading worship at his local church at age 19. He has led worship in churches both big and small, for young adult ministries and church plants, and has a passion to see people “max out” who they are in worship, giving the best that they have, to lift high the name of Jesus.

Scot married Joanna in 2008 and they have three children, Micah, Miles and Amelia. They began attending CCC in April 2021. Scot served as interim worship director during the summer before joining the staff in September 2021.  Outside of music, Scot enjoys spending time with his family, building LEGO with his kids, and watching a lot of Marvel and Star Wars movies. 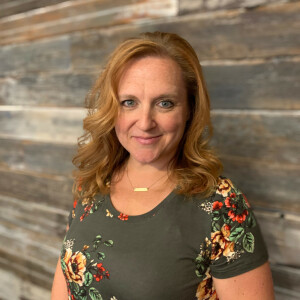 Keri and her family began attending CCC in June of 2015.  She graduated from college with a teaching degree in 1998, and married her husband Mike in 1999.  Keri and Mike have four children.  Ethan, a college student at Liberty University, Brendan, 17 is in 12th grade, Logan, 13 is in 8th grade and 9 year old Riley is in 4th grade.  Keri is a member of CCC’s worship team and is passionate about leading fellow believers to the throne of Jesus through the worship experience. Keri loves the church office environment. Her role is working mainly in the areas of operations, communications, worship, and care.  Outside of CCC, Keri enjoys traveling with Mike and the kids to the beach, gardening and all things flower related, spending quality time with close friends, cooking big meals to share with family and friends, and searching for that perfect cup of coffee. 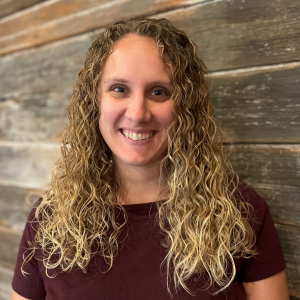 Nicole and her family began attending CCC in 2014.  She graduated from Geneva college in 2009 with a degree in Elementary Education.  She spent the years following college teaching, coaching, and volunteering in her local youth group before moving to Lancaster County in 2011, where she met her husband, Andrew, and married in October 2012.   Nicole and Andrew have 3 children that she home-schools;  Abby, Von, and Kenzlie.  As a family, they love to travel together and seek adventure near and far!  Nicole currently serves on our check in team, is part of a small group, and is also leading a group of women through the Battle for Your Heart Program.  She was extremely excited when God opened up the doors for her to become the church’s Communication Manager, which involves working in all areas of church communication and promotions for events. 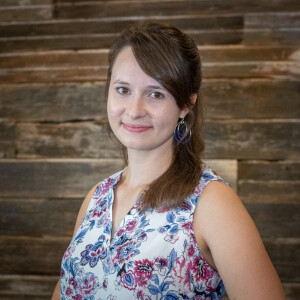 Kelsey began attending CCC in December of 2016. She graduated from Albright College with a degree in communications and a minor in digital media. For three years she managed communications and planned events at a private golf club. Kelsey began serving in the Family Ministry at CCC as a small group leader and was eager to join the staff as the Family Ministry Admin. She loves seeing the kid’s excitement and desire to learn more about God in the children’s ministry environments. Kelsey married her husband Mitch in 2018 and they love cooking together, hiking with their dog, Reggie, and spending time with family and friends. 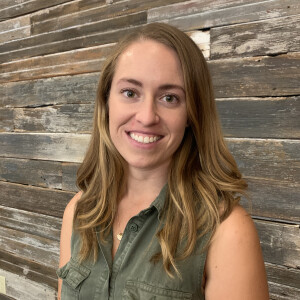 Olivia and her husband, Jeff, began attending CCC in September of 2014. She graduated from Susquehanna University in 2013 with a B.S. in Biochemistry. Olivia also met Jeff at Susquehanna, and they were married in 2013. For three years she worked in a lab at Covance Research Products before having her children. Her son Benton is now 4 and daughter Nora is 2. Olivia enjoys being plugged in to community groups at CCC as well as Women's Ministry events. She has served behind the scenes in Family Ministry with set design and organization. Olivia has been an admin for Roddy Hannah since October of 2019 and works on areas such as facilities, community groups, women’s/men’s ministry, and classes offered at CCC. 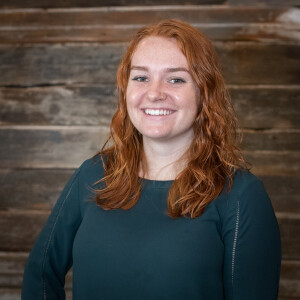 Sophia grew up attending CCC with her family. She accepted Jesus into her heart at the age of 4 and rededicated her life at 13, also getting baptized at that age. She started serving in mogoland at the age of 12 and then transitioned into serving as a Worship Leader for Studio 252. Throughout high school she continued serving in Studio 252 as well as joining the church worship team.  She worked at Woodcrest Retreat as a worship leader for two summers in 2014-2015. She graduated from Lancaster County Career and Technology Center her senior year of high school as a licensed cosmetologist in 2016. She also graduated from Central Penn College in 2018 with an Associates degree in Small business and Entrepreneurship. She joined Youth with a Mission (YWAM) for a Discipleship Training School (DTS) in September 2018- March 2019. She is now working part time at the church office as an intern with the worship team and serving on the worship team, while also working at a local hair salon. She enjoys spending time with her family and friends, getting coffee and exercising. 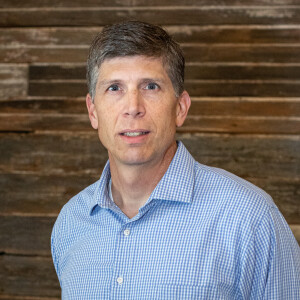 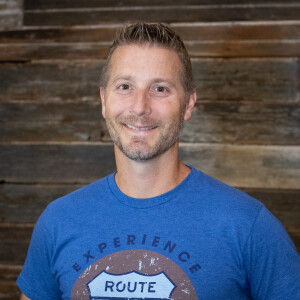 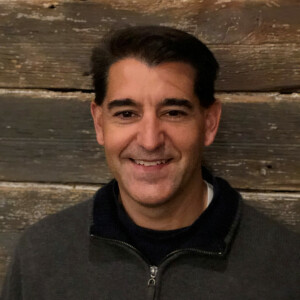 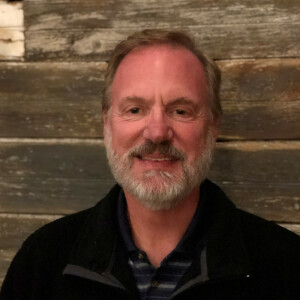 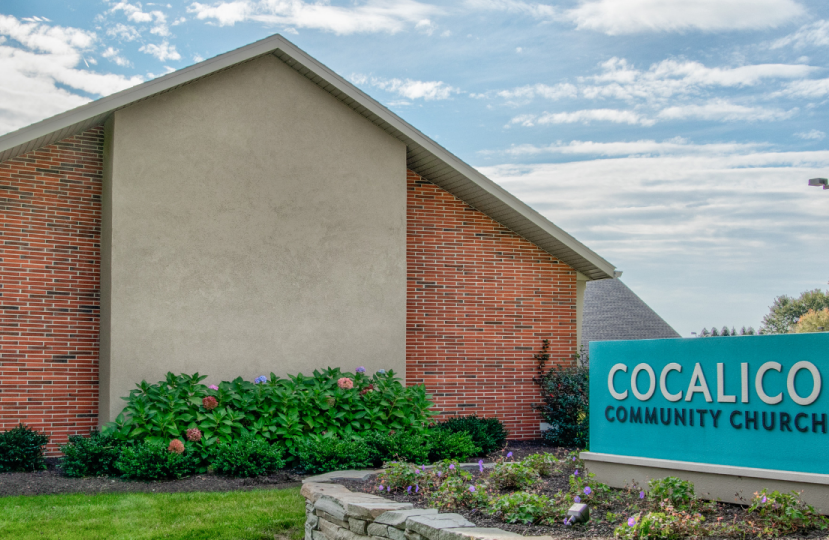 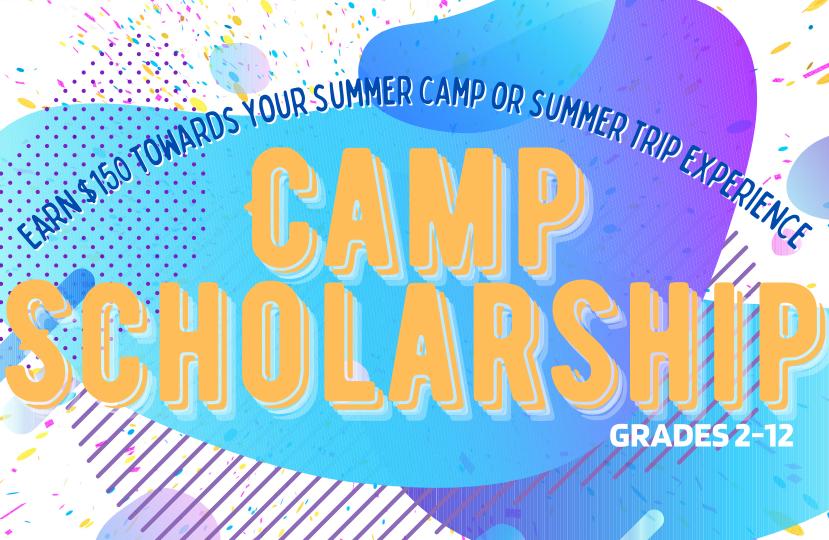